When famed geneticist Gustave Vestrier is crucified in front of the White House, his protégée Maurya Shah navigates a tangled web of riddles and lies, hoping to uncover the dangerous truth about his research.

However, Vestrier has done more than anyone realizes. Strange towers appear across the globe, terrifying nations. The trail of clues left by his death leads around the world, tying Biblical passages to Jain teachings. Maurya and her seminarian friend Thomas race against time, hoping to uncover the so-called God gene, a DNA code hidden in Renaissance art that now threatens the entire human race. 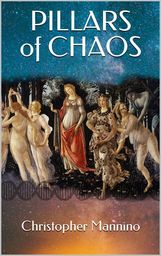 ​Now available in paperback and ebook!
Powered by